We’ve got some great entertainment planned for the 2011 Marin Triathlon weekend. Below you’ll find more information on each performer. Get ready to have some fun! 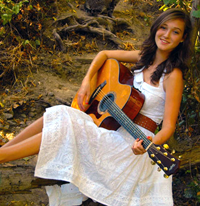 McKenna Faith is a 16 year old country music singer/songwriter from Ukiah, California who grew up in the rodeo circuit singing the national anthem. She more recently won the teen and adult divisions at Ukiah Idol and was the “Peoples Choice” in the Rising Stars competition. She recorded her fist album, Sugar & Spice, in Nashville in 2010 and has been touring since with many concerts sold out. 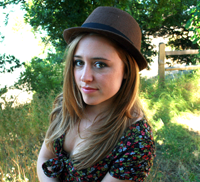 Emily Rath, a 22 year old singer/songwriter based in the beautiful Bay Area, has recently graduated from UC Santa Barbara and is well on her way into an exciting musical career. She was a member of UC Santa Barbara’s only co-ed a cappella group for all four years of college and previously a member of the Marin based a cappella group ‘Til Dawn in high school, directed by the critically-acclaimed singer/songwriter Austin Willacy. Throughout her teens until now she has performed at songwriter showcases on her own, opened for musicians such as Jason Reeves, Javier Dunn and Lissie, and has performed at esteemed venues such as the Hotel Utah and Biscuit & Blues in San Francisco. Emily’s music is of a contemporary pop/folk genre, a “Sara Bareilles meets Gavin Degraw” sound with powerful melodies & lyrics. Emily recently started her own band with members Zach Norman and Robert Kale and intends to continue pursuing her passion indefinitely. 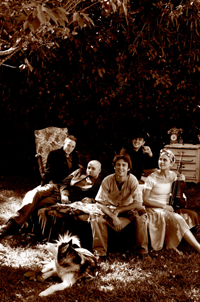 Sunday on our Smokehouse Stage

The Stages of Sleep is best described as experimental/alternative gypsy rock. Heavily influenced by such bands as Radiohead, The Gipsy Kings, Emily Wells and 2 Foot Yard to name a few. The end result of their eclectic sound could be characterized as “world music.” The band members, however, prefer to say that their music encompasses and defines a “cross-genre” style of music. The main cast of The Stages of Sleep originates from the San Francisico Bay Area, with collaborative efforts from additional artists around the country.